Thai Public Broadcasting Service(Thai PBS) has the TV program and been introducing Japanese culture, special projects, activity into Thailand for providing some hints of the future and further progress as an International TV program.

JASTI has been introduce as the program name 「Dohiru」(This program has broadcasted 17:30～ every Sunday and 7:00～ on Thursday.

First and Second interviews has taken in Feb. and April. Thbroadcasting time and date has set as below.

【How to view the program】
◆Go to the Thai PBS site by PC. It is possible to view as real time.
【Thai-PBS】http://www.thaipbs.or.th/live 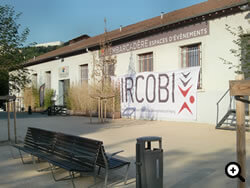 We start manufacturing Rib with new dumping materials due to the original material are no longer available from McGill USA. The new material is identical material as McGill. The Rib calibration test results are very constant and reliable.

We changed our casting parts from sand casting to wax casting. The change reduced the number of bubble holes in the casting and strengthened parts.

ASTI –UTAMA Inc is opened and registered in Los Angeles, CA, USA in June 2011.The company manufactures dummies and relative parts.Ms.
Nizam Sabarudine who has been in the field of dummy development and production since 1972.

To correspond to the requests from US major automobile companies in December, 2011, we provide calibrated Hybrid-III 50th and Hybrid-III 5F dummies for their evaluations. We are proud to present that our Hybrid-Iii 50th and Hybrid-5F dummies have gone through and passed their detailed calibrations, sled test, full crash test and strict evaluations. The calibrations were taken since February 2011 to July 2011.

Ozawa and Nizam Sabarudin attended ESV conference at Washington DC in May 2011.

The new added 3D scanning and modeling system enables us to develop new and customized product in a shorter lead time. The picture below is a sample of 3D Skull model.

We established a second production plant to satisfy the increased demands from our customers world wide. Two large vinyl-urethan forming ovens and one medium forming oven were installed to the production line in February 2011. On top of that, we are planning to active two large ovens which are already in our stock in the future to correspond to the demands in the new markets.

The picture below is the two new large ovens and our chief engineer for mold production, Mr. Furugori.